Access to education has worsened and has not kept pace with population growth. Primary school graduates wishing to join secondary school are unable to do so since there are only few high schools but demand for them is very high. In addition secondary schools charge high fees thus marginalizing poor people who cannot afford those fee.

The Kenyan government recognized that education is a basic human right that every child should enjoy though it is a big challenge to equally enhance access to high schools either by constructing new high schools or expansion of the existing institutions. It is a problem especially in largely populated areas like Matopeni to match this enhancement with the high number of children who want to pursue high school education after graduating from primary school.

In Matopeni where Boston High School is located there is no single government school where children could pursue secondary school education. This leads to lower enrollment of needy children of Matopeni in almost all levels of education hence worse ability to access labor markets. B.H.S was started to mitigate this problem and to ease accessibility of education to all poor deserving children residing in Matopeni and its environs. 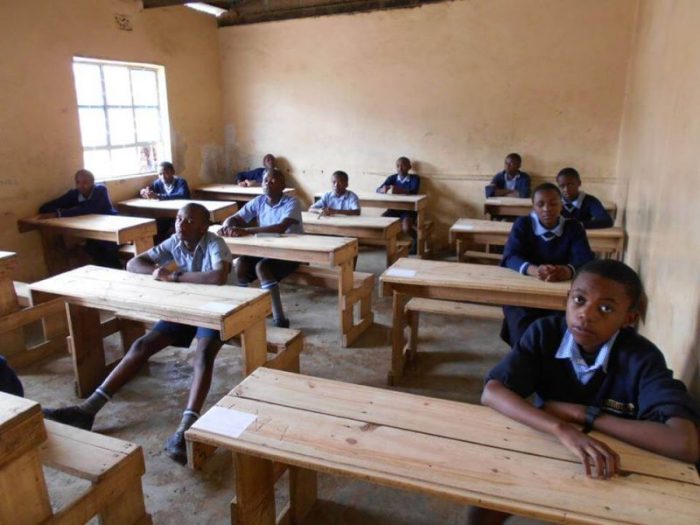 According to financing methods there are public schools and private schools. The former ones are free of charge (there is no tuition fee), however you have to buy your own uniform, books, stationery, etc. which is a problem for many parents. Besides, private schools charge tuition fee and offer better circumstances (more comfortable schoolrooms, sanitary facilities, etc.).

Children at the age of 3-6 go to nursery school or pre-school. Although there might be differences between various places in Kenya, the nursery school is rather school-focused, children sit at tables and learn basic writing and math skills here, so it is often called pre-school.

Basic education for children at the age of 6-14 that lasts for 8 years. (As starting school partly depends on the family’s financial background some children start school later – at the age of 7-8 or even 9 – and thus leave school at later age as well.)

is from January until December in trimesters